The Architect’s Newspaper speaks directly to leaders in architecture and design with news, products, developments, trends, and updates. With our magazine, A|N Interior, our outreach to the design community has grown exponentially.

Entrants are invited to submit completed works in 45 categories that reflect A|N’s editorial coverage, as well as the interests and obsessions of our readers.

The BoD jury will judge entries based on several criteria—strength of the presentation, evidence of innovation, creative use of new technology, sustainability, and, most importantly, good design.

New for 2018, we are accepting submissions from Mexico and Canada. We have also expanded our Interiors and Unbuilt categories. 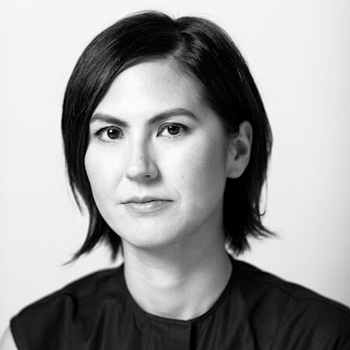 Tei Carpenter is an architectural designer, educator and founder of New York City based design studio Agency—Agency. The studio’s recently completed work includes a new non-profit headquarters in downtown Houston and a winning entry for LA+ Journal’s island competition. In 2018, Agency—Agency was named one of the New Practices New York by the American Institute of Architects New York. She is Adjunct Assistant Professor at Columbia University’s Graduate School of Architecture, Planning and Preservation and Director of the Waste Initiative, an applied research and design platform.

Carpenter’s design and research work into architecture’s entanglement with emerging natures has been supported by the New York State Council on the Arts and has been exhibited at the Storefront for Art and Architecture and at the 2016 Venice Biennale. Recent design work and writing have appeared in Cite, Pidgin, and Plat. Previously she has taught at Brown University, Cornell University, City College of New York and at Rice University as the Wortham Visiting Lecturer. Carpenter earned a Bachelor of Arts degree in Philosophy from Brown University and her Master of Architecture degree from Princeton University where she was awarded the Howard Crosby Butler Traveling Fellowship in Architecture.

Andrés Jaque -Phd Architect (ETSAM), Alfred Toepfer Stiftung’s Tessenow Stipendiat (Hamburg) and Graham Foundation Grantee- is the founder of the Office for Political Innovation, an international architectural practice working in the intersection of design, research and critical practices. He is the author of awarded projects including ‘Plasencia Clergy Hall of Residence’, ‘House in Never Never Land’, ‘TUPPER HOME’, ‘ESCARAVOX’ or ‘COSMO, MoMA PS1’.
In 2016, he received the Frederick Kiesler Prize from the City of Vienna, and he has been awarded with the SILVER LION to the Best Research Project at the 14th Venice Biennale, the Dionisio Hernández Gil Award and the London Design Museum’s Designs of the Year Selection.
His publications include Transmaterial Politics (2017), Calculable (2016) PHANTOM. Mies as Rendered Society, Different Kinds of Water Pouring into a Swimming Pool, Dulces Arenas Cotidianas (2013), Everyday Politics (2011), Melnikov. 1000 Autos Garage in Paris 1929 (2004).
He is the Director of the Advanced Architectural Design Program at Columbia University Graduate School of Architecture, Planning and Preservation, Visiting Professor at Princeton University School of Architecture, and Co-Curator of MANIFESTA 12 in Palermo (2018).
His research work has been published in Perspecta, Log, Thresholds, Volume, among many others.
The design work of his office has been published in the most important architectural and general media, including A+U, Bauwelt, Domus, El Croquis, The Architectural Review and The New York Times, Wall Street Journal, The Guardian, El País; and it has been exhibited at the Museum of Modern Art MoMA, London Design Museum, MAK in Vienna, Tel Aviv Museum of Art, RED CAT Cal Arts Contemporary Art Center in Los Angeles, Z33 in Hasselt, Schweizerisches Architektur Museum in Basel, Princeton University SoA and the Cité de l’Architecture et du Patrimoine de Paris among many others.

Menking has curated and written catalogues for exhibitions including; Archigram: Experimental Architecture 1961-1974, Superstudio Life Without Object’s, and The Vienna Model: Housing for the 21st Century. In 2008 he was U.S. Commissioner of Into the Open: Positioning Practice at The Venice Biennale. He co-authored Four Conversations on the Architecture Of Discourse and Architecture on Display and His essay Mr. Mumford’s Neighborhood appears in the book Forty Ways To Think About Architecture (Routledge) . His writings have appeared in The Society of Architectural Historians, Journal of Architectural Education, Monocle, Perspecta etc. He was Visiting Scholar at UC Berkeley (2011) and Professor of Architecture at Pratt Institute.

Pratik helps lead Transsolar’s New York team and spearheads high-comfort low-environmental impact design for a diverse range of projects. His focus on human-centric solutions and appreciation for architectural vision generate synergies between engineered concepts and experiential qualities that enhance overall architecture design. Many of his projects feature first ever low-energy solutions in modern architecture and are celebrated for their architecturally integrated sustainable designs. Pratik is a lecturer at SA+P at MIT where he teaches a graduate course and an architecture studio on sustainable design.

Jesse Reiser is a principal of RUR Architecture DPC in New York and a Professor of Architecture at Princeton University. Reiser + Umemoto, RUR Architecture, is an internationally recognized multidisciplinary design firm, which has built projects at a wide range of scales: from furniture design, to residential and commercial structures, up to the scale of landscape, urban design, and infrastructure. Among their notable projects, the Taipei Pop Music Center and the Kaohsiung Port Terminal presently under construction in Taiwan are slated for completion in 2020. O-14, a 22-story exoskeletal office tower in Dubai was completed in 2012. The Kaohsiung Port Terminal received the 2014 Progressive Architecture Award, and O-14 has received numerous international honors, including an AIA Design Award, the Concrete Industry Board’s 2009 Award of Merit and the American Council of Engineering Companies’ 2009 Diamond Award. The work of Reiser + Umemoto has been published and exhibited widely; the firm was awarded the Chrysler Award for Excellence in Design in 1999, and the Academy Award in Architecture by the American Academy of Arts and Letters in 2000. Jesse has been a fellow of the American Academy in Rome since 1985 and became an honorary fellow of the University of Tokyo, School of Engineering in 2014.

Shaw is the Senior Editor of The Architect’s Newspaper. He has worked for the Columbia Laboratory for Architectural Broadcasting (C-Lab), Storefront for Art and Architecture, Architizer, and has been published in The Architectural Review, Beyond, Domus, and Icon. He wrote and researched two editions of Domus‘ guidebook Europe’s Top 100 Architecture and Design Schools. Shaw leads the experimental research group the Critical Method Unit (CMU) at Syracuse University NYC Architecture Program and has been an invited critic at numerous schools including Yale University, Columbia University, and UCLA. He is also the founder and co-editor of Mockitecture, a half-manifesto/half-satire collection of architectural debauchery.

PUBLICATION AND ANNOUNCEMENT OF WINNERS

September issue of The Architect’s Newspaper

Winners will be published in A|N’s Best Of Products feature in our September 2018 print editions, online features, and on our social media platforms. In addition the winners will be featured in the December Best of Design Special Issue.

Products must have been introduced to the U.S. market no earlier than January 2017 and must be available through December 2018.

Registration + entry submission must be completed via the registration portal linked to this page. Submissions must include photographs of the finished project and a written description (200-word limit). Submissions cannot include the company, brand, or studio name; logos, or any other identifying mark.

All submissions must be entered online and received by A|N no later than midnight PST on the submission deadline. The Architect’s Newspaper reserves publication rights for all materials submitted as part of the Best Of Products Awards program, extending to all forms of media or content delivery, whether print, online, digital, mobile, or otherwise, now or hereafter created.

Registration fees are nonrefundable. Submission is no guarantee of publication or an award.

ABOUT THE ARCHITECT’S NEWSPAPER

The Architect’s Newspaper provides timely news and cultural reporting on the built environment through a nationally distributed monthly newspaper as well as a design magazine, A|N Interior, online at archpaper.com, and through a series of email newsletters. Every issue delivers our trademark blend of topical essays, opinionated columns, project analyses, firm profiles, interviews, new products, reviews of exhibitions and books, and calendars of events in a handy and handsome full-color tabloid and a quarterly magazine. A|N reaches a highly engaged on-line community of hundreds of thousands through our web and social media platforms. A|N is the must-read publication for architects, planners, landscape architects, designers, and allied professionals.